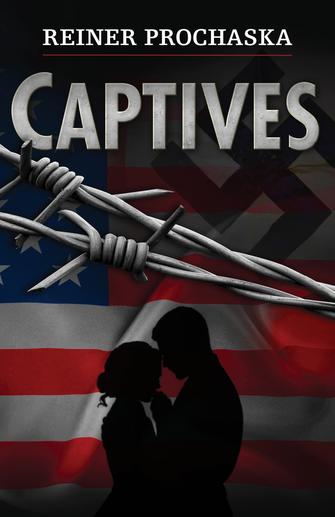 Catch a glimpse of the world the characters in Captives inhabit.

War’s terrors aren’t always reserved for the battlefield. And war’s soldiers don’t always get to choose their paths. In Reiner Prochaska’s Captives, the young man imprisoned with Afrika Korps veterans is held captive by many secrets, but his family back home knows little of his world. Meanwhile America of the WWII era is held captive by its own shames and guilts.

The novel starts, surprisingly, in corridors of academia in Cambridge England, where love, like war, is sometimes a dangerous thing. It ends in the fields and barns of rural Maryland, with love and honor again at odds. And with mercy far in the wings.

The mercy of a young man leads him to love. Then mercy leads to danger. And mercy pervades this tale of cruelty, betrayals large and small, and family torn apart. Mercy, perhaps, is the final gift a son can give to, and receive from the past. And whatever the Court of Honor decides, mercy will reign.

Captives is oddly captivating. Told through the eyes of its various protagonists, it’s a tale of captives in war, in morality and in love; a tale of honorable betrayal; and eventually a tale of freedom found through loss. Behind it plays the tragedy of Shakespeare’s Coriolanus—the banished leader; the ally who seems to betray and so is betrayed. And the ending redeems as perfectly as Shakespeare’s ending to the play.

An elegantly and deftly crafted novel by an author with a genuine flair for originality and a style of narrative storytelling that fully engages the reader from cover to cover, "Captives" by Reiner Prochaska is an especially and unreservedly recommended addition to both community and academic library Contemporary Literary Fiction collections.

Purchase from The Permanent Press